Now that Pope Francis has declared a year dedicated to Saint Joseph, is it time for us to re-appraise who Joseph was and the role Joseph has in our lives? Was Joseph an ‘older’ man, when he married Mary?

“But when one searches for the reasons why Christian art should have pictured Joseph as aged, we discover that it was in order to better safeguard the virginity of Mary. Somehow, the assumption had crept in that senility was a better protector of virginity than adolescence. Art thus unconcsciously made Joseph a spouse chaste and pure by age rather than virtue…To make Joseph appear pure only because his flesh had aged is like glorifying a mountain stream that has dried. The Church will not a ordain a man to the priesthood who has not his vital powers. She wants men who have something to tame, rather than those who are tame because they have no energy to be wild. It should be no different with God.

“…Joseph was probably a young man, strong, virile, atheletic, handsome, chaste, and disciplined; the kind of man one sees sometimes shepherding sheep, or piloting a plane, or working at a carpenter’s bench. Instead of being a man incapable of love, he must have been on fire with love….for God. Instead, then, of being dried fruit to be served on the table of the king, he was rather a blossom filled with promise and power. He was not in the evening of life, but in its morning, bubbling over with energy, strength, and controlled passion.” 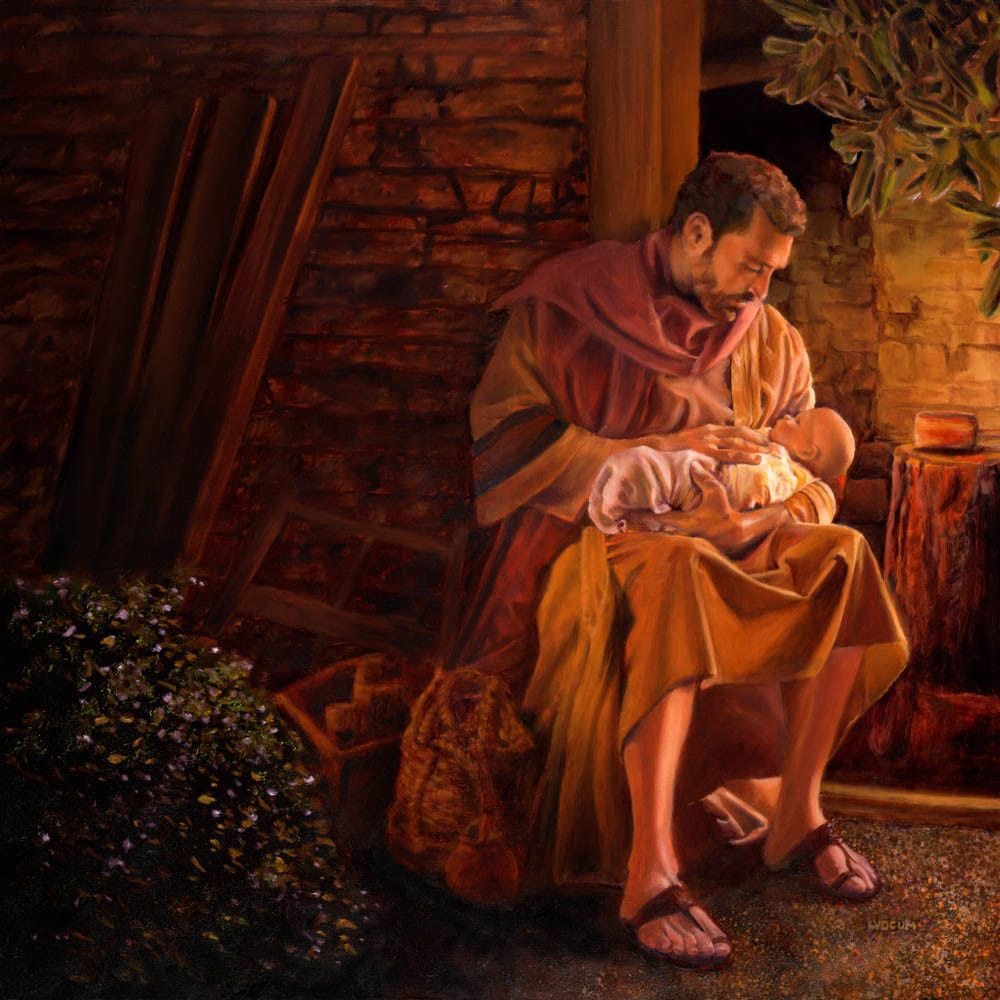